Let your children learn your language

Mother tongues are dying out in contemporary society but their importance is greatly underestimated.

Kenneth uses his mother tongue whenever he holds a conversation with his three-year old daughter. His wife Jackie, unfortunately, comes from a different community and doesn’t understand the language.

She argues that they should use English and Luganda (a widely-spoken Ugandan language), to ensure that no one is left out of conversations at home.
Jackie’s argument is a logical one, but, if implemented, would rob her daughter the benefit that comes with being multi-lingual.

Indeed, both parents should remember that they are speakers of three different languages and ignoring the others mother tongue will limit their child to only English and a little bit of Luganda that she may pick from school and the neighborhood.

The problems with ‘home language’, as a mother tongue is often referred to, are not exclusive to intermarriages.

In contemporary society, there are parents who feel that their children are cosmopolitan and as such don’t need to learn or speak their mother tongue as it is inferior.

Most of them see their mother tongue as an inferior language and do their best to avoid s it in an attempt to appear enlightened.

Children admire their parents and uphold their values and therefore appreciate the language used at home.

So, if they notice that a language is being avoided, they also detest it.
And if they realize that the detested language is associated with their roots, they may try to disown those roots for the rest of their lives.

Although it may be necessary to encourage children to use the official language taught in school, punishing them for use of their mother tongues (a common practice in schools) destabilizes their base for learning. In fact, it is argued that making a child renounce his language destroys that child’s self-image.

There are parents who introduce their children to the mother tongue from infancy but before but before the child can master it properly, they are enrolled into pre-school/kindergartens, where a new language is introduced.

In an effort to help their children cope with the demands of school, many parents abandon the native language, afraid that it could confuse and interfere with the academic performance of their children and in the end have them lag behind in class work.

It is worth noting that mother tongues are fragile and if not consistently used at home, they can be easily forgotten from a child’s mind.

It is, therefore wise for parents to ensure that the introduction of anew language at school does not overshadow the effort to expose their children to their mother tongue.
Most children become conversant in any language that is learnt before the onset of adolescence.

It has also been established that children who are multi-lingual perform better at school than those who speak one or two languages.
Research suggests that, as the brain switches from one language to another, cognitive flexibility is enhanced. This promotes creativity, problem-solving ability and divergent thinking amongst the children.

Although a number of languages irrespective of their origins is beneficial, children who grow up in an environment where their mother tongue is embraced develop high self-esteem and confidence and the ability to function optimally.

In addition, languages are an integral part of each community’s identity and a child who doesn’t learn her/his mother tongue may suffer an identity crisis at some point in their life.

How to teach the children their mother tongue

Establish a strong home language policy. Parents should use their mother tongue when communicating with their children on a daily basis.
Introduce the second language policy. However, this one should not replace the first language.
Speak positively about your native language. This will make the children proud of the language.
Tell them stories using the language you want them to learn. Songs and rhymes can also be used.
Provide opportunities for them to interact with their relatives who are fluent with the language.
Also, as they learn, refrain from teasing remarks about how poorly they may have pronounced certain words. 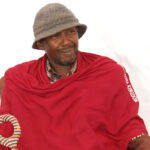